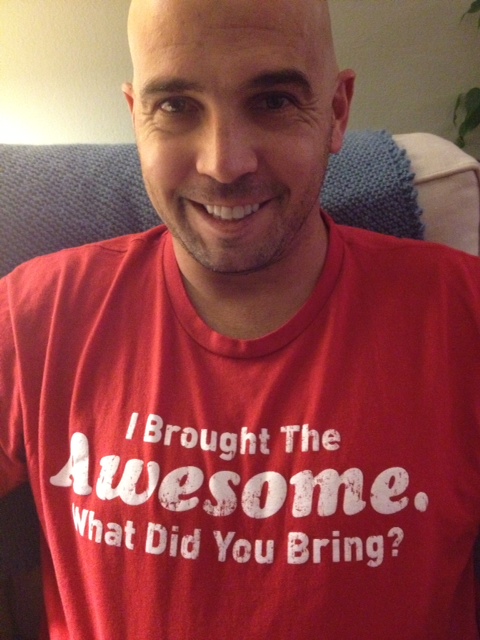 This is perhaps the most difficult update we have tried to produce since the start of Kenny’s battle with Glioblastoma Metaforme (GBM) in late 2012.  In spite of trying just about every “mainstream” medical intervention that has been recommended, as well as several “alternative” treatments and interventions, the cancer keeps popping up in several different parts of Kenny’s brain.  These new tumor sites are causing symptoms that have proven very difficult to control.  Insomnia, anxiety, confusion, elimination and eating difficulties are among the symptoms that are causing the most discomfort.  While multiple medications have been tried to control these symptoms, at this point in time nothing seems to be working.

Due to his occasional confusion and disorientation family and friends are taking turns to make sure someone is always nearby, especially through the nights, which seem to be the most difficult time for Kenny. Make no mistake though, Kenny is still Kenny. Even though his short-term memory is severely compromised and he has periodic nighttime confusion, he has not lost his quick wit and sense of humor (which of course keeps us all smiling). In recent months, usually during intense and serious conversations with doctors and other family members, he has often tried to mitigate the seriousness with a bit of humor. One of the tricks he uses on his dad is to wait until no one else is the room or is looking, and then flash his dad a big smile and the one finger salute. This has proven very effective in getting his dad to lighten up but also may occasionally require his dad to explain to others in the room why he is laughing. Kenny also remains very considerate of other people and for those that have spent time with him in the last couple of months I think you will agree his favorite words are “sorry” and “thank you.”  When he can’t finish his meal at a restaurant, which is often the case, he will always apologize to the waitress or waiter.  Just this week as we were all driving back from an appointment at City of Hope (which didn’t leave us in the best of spirits), and he probably thanked us 10 times in the car for “being there with him”, as if there is some other place we’d rather be than with him at a time like this. He is also quite serious about his breakfast rule so be forewarned, if you go out to breakfast with Kenny don’t even think he will let you pay for it.

Even though things look pretty dismal at this point there are still a few more things to try.  Avastin and CPT-11 have been stopped and we anticipate starting a different drug next week.  The drug is mostly referred to as CCNU but the generic name is Lomustine.    Kenny will also consider an unusual intervention that would require him to wear a cap with imbedded electrodes for at least 18 hours each day.  In addition, we will be scheduling a visit with an endocrinologist to see if he/she can help with controlling some of his symptoms. While in a meeting with doctors and his family, we had to have the difficult discussion of how to move forward… trying more meds and treatments that may or may not help with any of the new tumor sites, or focus on quality of life. Kenny of course answers “both. I want to do both”. And thankfully these last couple treatment options do not appear to have severe side effects, so that’s exactly what Kenny will be doing.

When Kenny was diagnosed over a year ago, and we read the statistics on life expectancy for this type of cancer, Kenny told us he was going to beat that number and make it to his 35th birthday. Well he did. And this February 13th, we will be celebrating Kenny’s 35th birthday. Go Kenny. You inspire us every day. You keep our hearts full and our faces smiling.

Again, words cannot express how thankful we are for the prayers and support by all of you. While Kenny’s family wants “to do it all” by they too need rest and sleep. So, thank you to our family and friends for being here with us during this journey. Whether it’s taking on shifts with Kenny or sending your love and a listening ear, it means more to us than you’ll ever know.