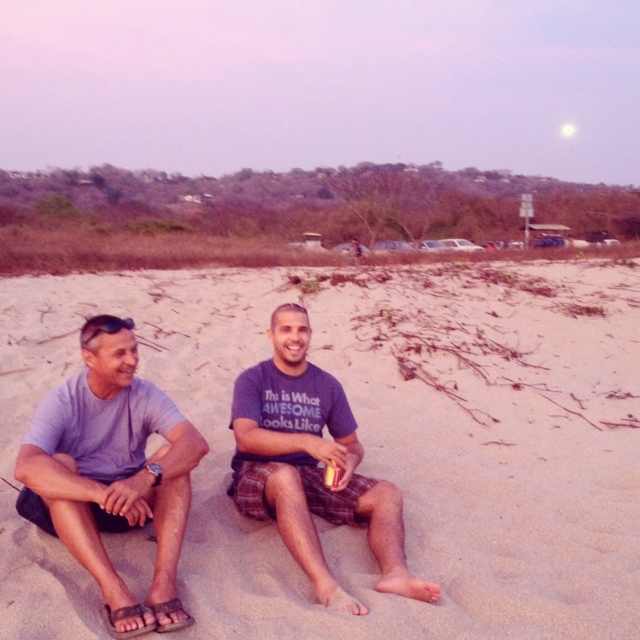 Kenny has been gone for almost two months but his spirit lives on. During his battle with cancer Kenny taught me the true meaning of courage, as well as the importance of loyalty and love of family and friends. For those that have viewed the video message that Kenny left I think you will agree that his love of life and positive spirit were tied directly to the relationships he enjoyed with friends and family. To use a quote from Kenny’s video, “thank you, thank you, thank you.”

I know Kenny would want to start with a big thank you to his mom and step dad, Allen Harrison. When Kenny was ready for discharge from Rehab and we knew he would not be able to return to his condo in Del Mar, there was no question that the only place that made sense for Kenny to live was with Meril and Allen on 34th Street in Newport Beach. With the help of his sister, brother-in-law, and Uncle Pete, the spare bedroom was transformed into Kenny’s “man cave.” This became ground zero in our battle with cancer while Meril and Allen turned their home into a virtual hospitality suite for friends, family and caretakers. At times there were so many people “camping out” at 34th Street that Allen had to step over bodies when leaving for work. Meril also took over medication management, kept track of medical appointments, and made sure Kenny got to his appointments. Allen was there almost 24/7 helping with Kenny’s care, taking shifts and doing whatever needed to be done. I know Kenny loved you two so much and he appreciated everything you did for him. I wish I had the words to adequately express my appreciation, but all I can do is thank you from the bottom of my heart.

Newport Beach neighbors were awesome. Many stopped by daily to check on Kenny, others supplied a regular stream of food and some even offered up their homes as overflow for Kenny’s visiting family and friends. Many of you know that one of Kenny’s favorite spots was the bench at the end of 34th street overlooking the ocean. As I write this I understand that friends in Newport are working to purchase and install two new benches that will be dedicated to Kenny, and provide a lasting memorial for friends and family to visit and remember the good times. Much thanks to each and every one of you.

I can’t go any farther without mentioning the special bond between Kenny and his sister Megan. I don’t think I have ever seen a stronger bond between two siblings. Reading some of Kenny’s journals after his death revealed how much he loved his sister and how he looked out for her. Watching Megan these last 18 months equally revealed how much she loved Kenny. I don’t think any parent could be prouder of their children than I am of Megan and Kenny. Megan along with her husband Brent and son Andrew brought a great deal of joy to Kenny, and continue to bring joy to our family as we try to get on with life. Brent, along with his law firm staff (especially Jana) were a tremendous help in assuming responsibility for Kenny’s insurance and legal matters. I know Kenny thanked you a million times, but now please allow me to add my thanks to each of you, along with hugs to Andrew.

As Kenny looked out for his sister he also took on a similar role for his younger half-brother Greg. When Greg first moved to San Diego Kenny helped him get set up and find his first San Diego job at BJs restaurant. At the time it gave mom and dad comfort to know that Kenny was close by if Greg needed support or maybe a kick in the pants. When Kenny was initially hospitalized the rest of his immediate family were vacationing in Costa Rica so Greg was the immediate family member on the scene at the hospital. Obviously it was a scary time for Kenny and I’m sure having Greg there was a comfort to him. Later, as Kenny’s condition worsened, Greg and his girlfriend Kelsey made visits to 34th street to assist with Kenny’s care. I know from conversations with Kenny and from his journal writings that he was always looking out for Greg and I know in the end he appreciated having Greg looking out for him. Thank you Greg and Kelsey.

Two other individuals that deserve special thanks are Morgan Scott and Grant Nyquist. Morgan and Grant drove up from San Diego every week to help with Kenny’s care. I commented earlier about the strength of the bond Kenny had with his sister so I also have to say I have never seen such loyalty and dedication among friends that I saw between Grant, Morgan and Kenny. In the early months it was about coming up to spend time with Kenny and maybe get him out of the house for a meal or just a walk on the boardwalk. Later, as Kenny’s needs increased, Morgan and Grant would take a day/night shift each week helping Kenny. When Kenny lost his mobility getting to the shower became one of his few daily pleasures. As I understand it, Morgan and Grant put on swimming trunks in order to assist him in getting in and out of the shower, how’s that for a picture….three grown men in a shower built for one. Morgan and Grant, you guys are the best and I will never be able to thank you enough for the love you showed to Kenny. Thank you, thank you, thank you!

Kenny also had several very special friends who visited him almost religiously right up to the end; Mandy, Angela and Natalie from Riverside, and Keri and Brooke from San Diego. I can’t tell you how thankful we are for the love you showed Kenny.

There are many others who I want to thank; Lourdes and Kenny’s Army from IEHP, Ben from the UK, Matt and Joellen and the Costa Rica crew, Rachel from Virginia, Tin Kin from Vietnam, friends from New Zealand and China, Giedyan from Holland, Nick and Nickie from Florida, Heather from Del Mar, classmates and teammates from Riverside Poly High School, students and co-workers from Mount Miguel High School in San Diego, customers and staff from Capri Blu in San Diego, the owners and staff from Lounge 33 in Riverside, Kevin Watts who created and maintained the SuperKenny.org web site, Ollie who taped and produced the paddle-out video, cousins, uncles, aunts and extended family members…..THANK YOU a thousand times!

For those who I have failed to mention please know that your prayers, best wishes and kind words were appreciated. I know in those final days Kenny took great comfort in knowing there were so many people sending positive thoughts.

Last, but certainly not least, an immense thank you to Kenny’s step mom, my wife Dianne. From the time when the kids were young Dianne and Meril worked hard to maintain an environment that inspired our children to be whom they are. Rather than let divorce divide our family, they created an extended family that made us all even stronger. From birthday parties and special events, to family vacations and soccer matches, Meril and Dianne were always at the center of everything. I know from my conversations with Kenny that he was incredibly grateful and appreciative, so much so that he sometimes expressed guilt that he had it so good. During the last 18 months Dianne sometimes stayed in the background, watching Andrew so Megan could go to Kenny’s appointments, helping with Kenny’s care when needed, and providing emotional support to me when I got down. All this while at the same time nursing her own sorrow and grief over the prospect of losing what she often said was the nicest person she has ever known. Kenny brought out the best in all of us and for this I thank him. He will never be forgotten.

I hope to see all of you at the “bench” someday and……Don’t be good!