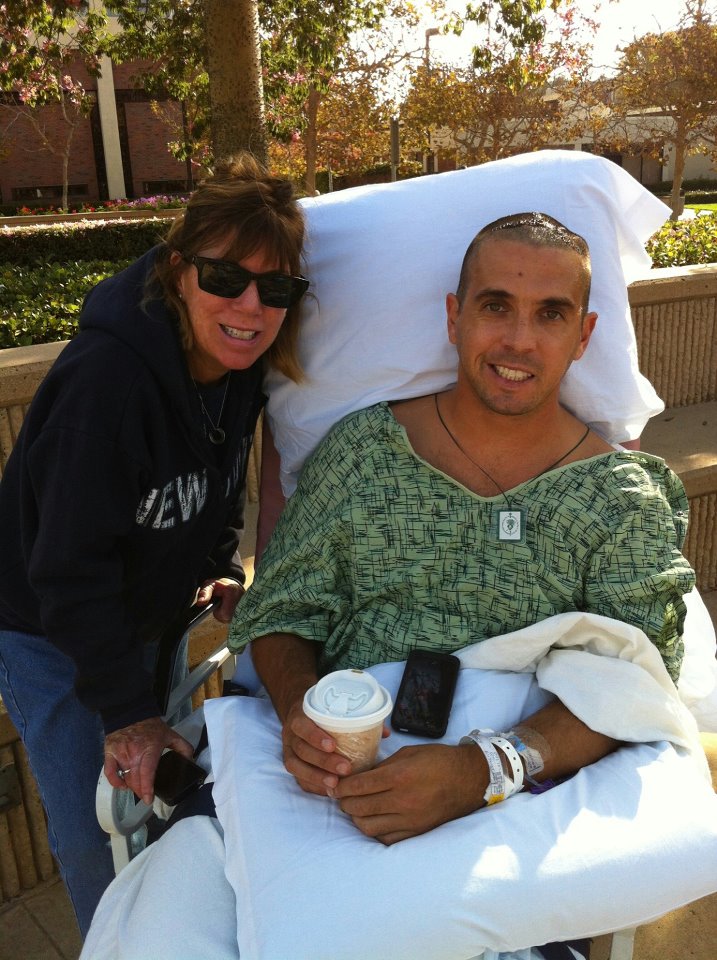 It’s been 1 year since Kenny started having headaches and entered the ER with what we now know today as one of the biggest fights of his life.  The last 12 months have been filled with ups and downs… an emotional roller coaster as we have come to call it.  But through it all; our family has been blessed to be surrounded by friends that continue to send us strength, smiles and lots of hugs.  We’ve read a lot of books during this journey and one really touched us… it pointed out that when someone is experiencing a truly difficult time, God doesn’t just make it better himself, God sends people to help. And God has surely done that.  Aside from our wonderful family, Kenny is very blessed to have such a wide variety of friends that visit him often, some are neighbors, some come from San Diego, Los Angles, our hometown Riverside, and some all the way from Florida, Costa Rica, China, and New Zealand, just to name a few. Whether it’s a visit, a card in the mail, a call or email just to check in, it means more to us than anybody will ever know. So, thank you!  Kenny’s attitude and spirit are also among the most important aspects that are making this journey so special and so enriching. So, thank you KENNY… for being so strong, making us laugh, and continuing to show us how the human spirit has a huge will to fight. Fighting to live, fighting to love and create memories, and fighting to carry on despite the odds against you. We love you to the moon and back!

Since the last update on August 28th, Kenny has been completing his final round of radiation treatment.  The cumulative total of radiation exposure he has had since his treatment started back in November 2012 is approaching the maximum for safe levels so radiation will no longer be used to fight his cancer.  Chemo therapy will continue.

The September 2, 2013 issue of the New England Journal of Medicine contained an article titled; “Survival in Patients with Glioblastoma Receiving Valganciclovir .”  The article described a small study in Sweden that showed improved survival rates for patients treated with the anti-viral drug Valganciclovir.  The study results do not imply this drug may be a cure, but it does indicate effectiveness at slowing the progression of disease.  While there needs to be much more study, the significant issue for Kenny is that Valganciclovir (Valcyte) has long been approved in this country and there is good experience using it to treat Cytomegalovirus (CMV).  So with his doctors in agreement, Kenny was started on Valcyte this week.

Through all the treatment and mediation, Kenny is enjoying reasonably good health.  He is down to 174 lbs. from his pre-diagnosis weight of 195 lbs.  He continues to battle chronic fatigue caused by the chemo and radiation treatments but the nausea and vomiting has been relatively well controlled with medication.    He is a little challenged managing his personal schedule because of memory issues and difficulty making decisions. But even with constant fatigue and nausea he has still been able to enjoy some everyday activities. He loves “first and second breakfasts” that usually include French ToastJ, walks out to “the bench” and his weekly subway sandwich. He recently participated in the Sand Diego Brain Tumor walk, spent a weekend in Big Bear with good friends and has even managed to make it to some Charger games.

One year strong! Thanks for all the support and prayers everyone!